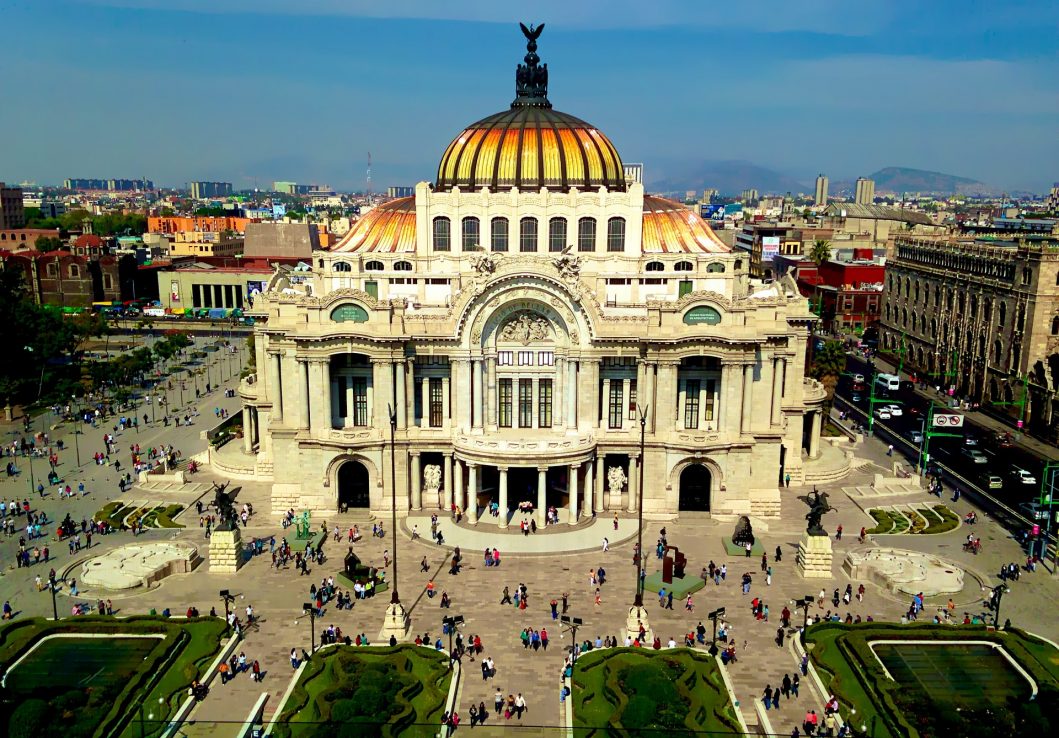 In November 2015, the International Authors Forum visited Mexico, meeting authors from Mexico and a number of countries in Latin America

Our first event was at the Vasconcelos Library in Mexico City. IAF representative, Katie Webb, took part in a panel at a conference organised by CEMPRO, the Mexican reproduction rights organisation, giving the author’s perspective on ‘creation, dissemination and protection on digital platforms’. IAF then held its annual Open Meeting, which featured two panel discussions with Mexican Creators.

John Degen, IAF’s Chair and Executive Director of The Writers’ Union of Canada, led a discussion with Mexican visual artists Dulce Chacón and Ilana Boltvinik about their experiences forging careers in Mexico in the art world. Although both are successful artists in their own right, making a living from their work is a greater challenge. Ilana teaches art at a university in Mexico, providing the necessary income to supplement her artistic practice. Neither artist had received any payment for exhibitions of their work in Mexico, nor seen a contract setting out the agreed terms within which it would be exhibited.

Dorien Kelly, who represents the Authors Coalition of America on the IAF Steering Committee, and is a novelist herself, then interviewed the writers Paola Tinoco and José Maria Espinasa. Despite their varying experiences, it was clear that the imbalance of power between authors and publishers familiar to authors the world over – where authors are too often the disadvantaged party with little say in the terms of the relationship – also exists in Mexico. Such an imbalance is reflected in the unfair publishing contracts authors can be left with no choice but to sign if they want a publishing deal. IAF is on a mission to do something about this, working with its members in different countries on an international campaign for fair contracts. It was clear that the campaign is needed in Mexico as much as elsewhere.

Updates from IAF and its members

The meeting also included an update about the work of IAF over the past year and presentations from IAF’s member organisations pertinent to the international author community.

John Degen gave an update on the situation with the new Canadian educational exception, proven to have done damage to authors in a PwC report published last year.

Jan Constantine reported that the US Authors Guild is appealing the latest finding of Fair Use in its court case against Google for Google’s mass unauthorised digitisation of millions of authors’ works.

Janet Hicks, representing the Artists Rights Society (ARS) in the US, reported on the pilot for Extended Collected Licensing which has been initiated by the US Copyright Office and which ARS hopes to administer. Payments will go to visual artists for educational uses of their work in literary works, published illustrations and diagrams, and photographs. This is a very positive step as it is the first time artists in the US will benefit from reprography income from US publications.

Whilst in Mexico, IAF also attended the IFRRO World Congress, including a gathering of authors’ organisations – both members and non-members of IAF – to share their latest updates and discuss the relevance of the IFRRO agenda to authors’ work.

IAF also held a very successful meeting in the nearby city of Puebla.