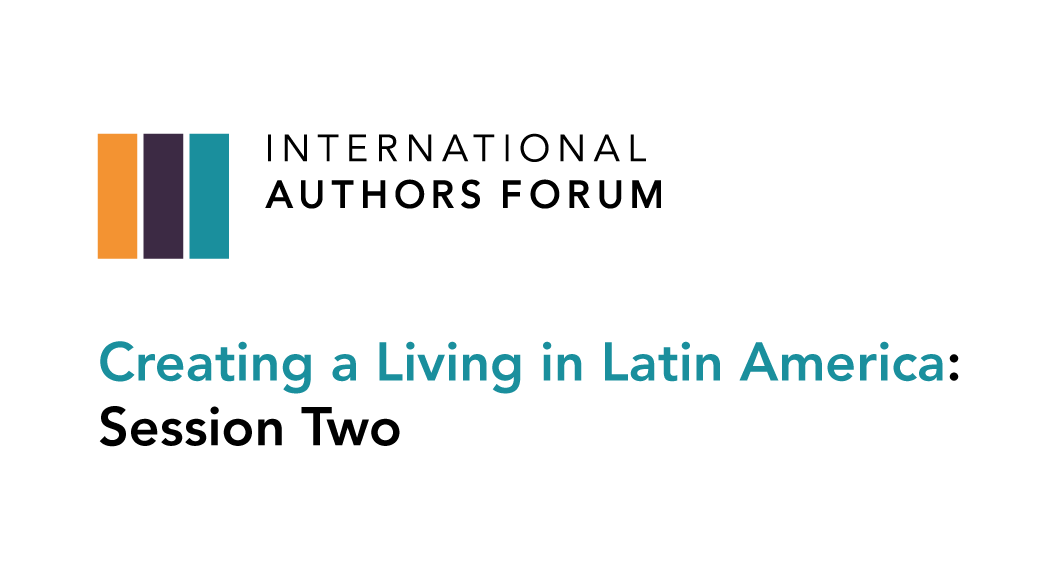 On the second panel, the participants discussed building a common agenda for Latin America and the Caribbean. Mateo Cardona from Colombia and Arturo Vázquez Barrón, President of the Mexican Translators association, co-founders of the Ibero American Alliance for the Promotion of the Literary Translation (ALITRAL), outlined the affinity between the aims of ALITRAL and IAF. They proposed to share the knowledge and experience of ALITRAL regarding authors’ rights with creators’ organisations, as well as receiving authors and translators as members of their associations in Argentina, Colombia and Mexico.  They committed to help share the IAF’s principles where possible. Paula Casal, member of the Union of Argentine Writers focused on the challenges and strategies for diverse representation. Representing the Visual Artists from Brazil, Fabiana Nascimento, General Director of Brazilian Association of Visual Arts Authors Rights (AUTVIS) spoke about how necessary it is for these organisations to represent creators in the Latin American territories. To close the second panel, David Felipe Alvarez, academic and copyright specialist in intellectual property and human rights, presented possible strategies to promote and strengthen the common work of all the organisations in the region, with the support of IAF, for the benefit of Latin American creators.

Maria Fernanda Mendoza, IAF Consultant for Latin America, concluded the meeting by commenting that a plan for 2021 will be made based on the discussions of both sessions.

John Degen, on behalf of IAF, then closed the meeting by thanking, once again, all attendees for their contributions and enthusiastic participation. John shared his hopes that this was the first solid step to joining Latin American organisations in a strong international network, working for the benefit of authors around the world.

You can watch the first and the second panels of the discussion below:

Creating a Living in Latin America: Building a common agenda

Read more about the first session of this event here.