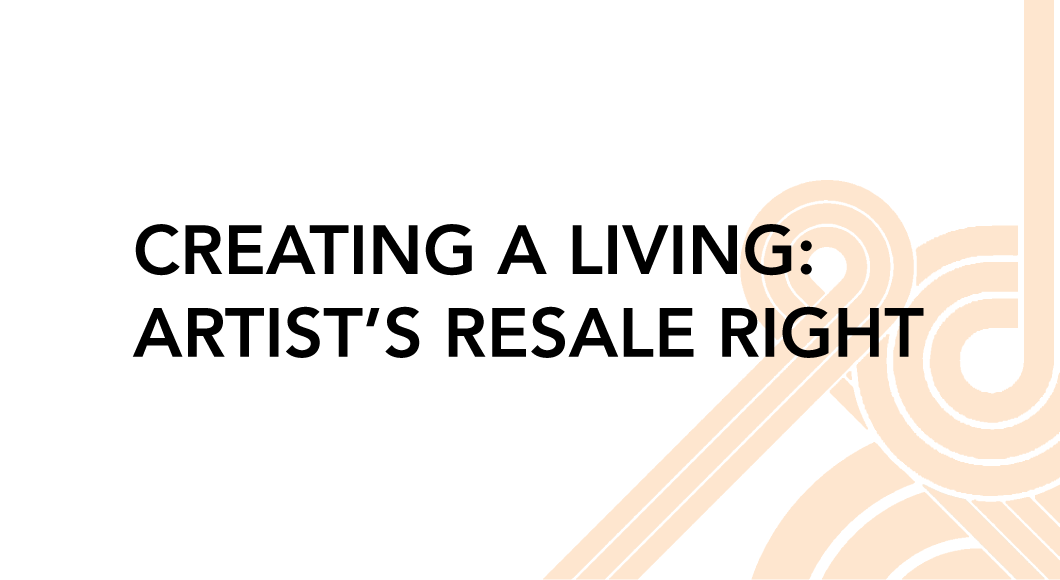 As part of a series of talks stemming from the International Authors Forum’s (IAF) Creating a Living report, artists and representatives from visual artists’ organisations spoke about the importance of Artist’s Resale Right (ARR) in their countries at the Creating a Living: Artist’s Resale Right event. The event comes at a time when Covid-19 continues to threaten creative industries and artists face a huge loss of income. Reema Selhi and Rut Blees Luxemburg from Design and Artists Copyright Society (DACS), UK; Sofie Grettve Von Rosen from Bildupphovsrätt, Sweden; Janet Hicks from the Artists Rights Society, US; and Edward Waddimba from Uganda Visual Artists and Designers Association (UVADA), Uganda, discussed the importance of ARR systems for the continued work of artists.

Reema Selhi discussed the impact of Covid-19 on artists, with three quarters of DACS membership immediately affected by the pandemic. This is particularly concerning, as even prior to the crisis, a study in 2016 showed an average £5,000 in earnings for artists. Reema suggested international cooperation on ARR would provide fairness for all artists, as they should be fairly paid regardless of where their work is sold. Over £95 million has been distributed in royalties to artists and their heirs since the establishment of the ARR in the UK by DACS.

Sofie Grettve von Rosen highlighted how difficult it is to make a living as an artist. She gave an update on the amendments of the 2018 Swedish Copyright Act, which grants their collecting society the right to demand reports of sales (or lack of) from any art market professional. Sofie stated that resale rights payments have increased since the amendments came into force.

Edward Waddimba spoke about the challenges he faces as an artist, representing UVADA. He outlined the need for a visual arts collective management organisation (CMO) in Uganda, as there are no reciprocal agreements with other countries where their work is sold. Edward discussed need for a copyright body able enforce the law to protect artists. He stated the need for awareness raising activities in the creative industry and the need for international cooperation to overcome these obstacles.

Rut Blees Luxemburg, artist and member of DACS Board of Directors, spoke about the value of art. She emphasised the knowledge artwork embodies, which continues to be cultivated and is passed to future generations. She stressed the co-relation of different people within the knowledge of an artwork and the need to be approached by distinct generations. Rut stressed the significance and importance of honouring artists for their work, and that this is something ARR achieves.

Janet Hicks discussed how the US does not have a resale right, despite being one of the largest art markets worldwide. She presented findings of a March 2021 study by Americans for the Arts which outline the impact the Covid-19 crisis has had on artists, while highlighting the fact that through the crisis 95% of artists reported a loss of income and 63% became fully unemployed. Janet also gave an update on the ongoing campaign for ARR legislation in the US; from 2015-2021, the American Royalties Too Act (ART) was introduced, but its support will need to re-organise for the new political environment in the US.

During the event, participants discussed a World Intellectual Property Organization (WIPO) study which found ARR has no negative impact on arts markets. It can be found here, with a summary in presentation here.

IAF would like to thank all the panellists for taking the time to share their views and the audience for attending.

You can watch the full discussion here.