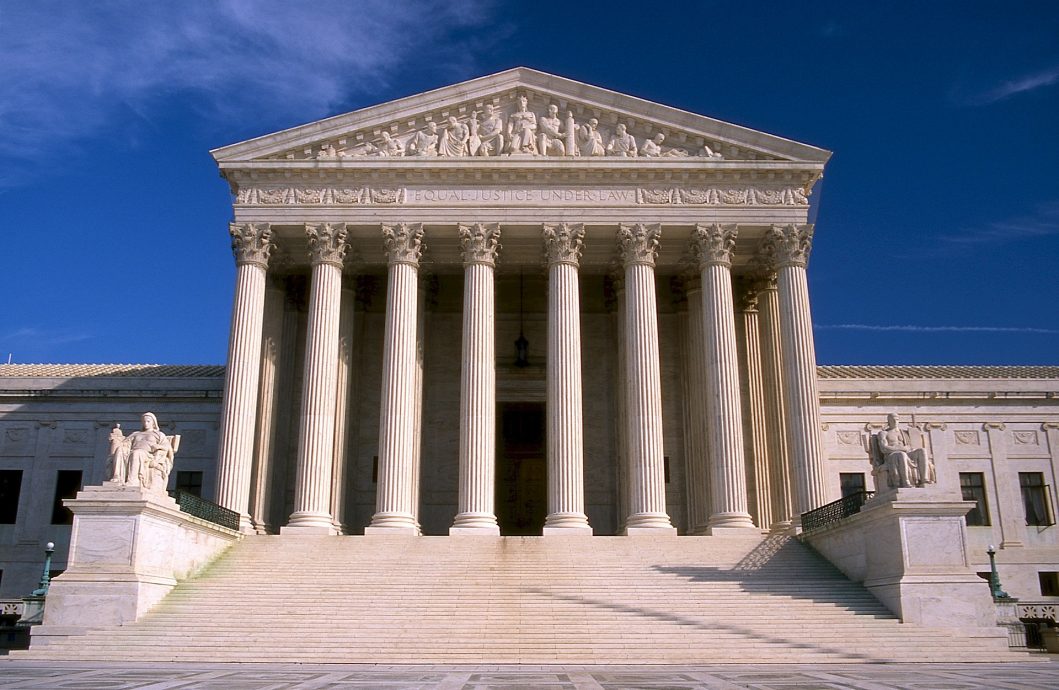 NEW YORK, NY, April 18, 2016 — The Authors Guild expressed its disappointment with today’s U.S. Supreme Court order denying review of the Second Circuit Court of Appeals’ decision in Authors Guild v. Google, a copyright infringement case originally filed in 2005. The Supreme Court’s decision not to hear the case leaves standing the Second Circuit’s unprecedented expansion of the fair use doctrine—holding that Google’s copying and providing access to some 4 million copyrighted books for profit-making purposes was a fair use. With only seven justices voting whether or not to grant review (Justice Kagan recused herself), the petition faced an uphill battle to gain the four votes necessary for a grant of review.

“Today authors suffered a colossal loss,” said Authors Guild president Roxana Robinson. “We filed the class action lawsuit against Google in September 2005 because, as we stated then, ‘Google’s taking was a plain and brazen violation of copyright law.’ We believed then and we believe now that authors should be compensated when their work is copied for commercial purposes.”

In its October 2015 decision, the Second Circuit expanded copyright law’s fair use defense to allow Google’s unauthorized copying and scanning of millions of books to enrich its natural language search and translation services, as well as to create its Google Books service. Google Books, a service created from the book scanning project, allows users to search the texts and see excerpts from the books. After a decade of litigation, the Second Circuit found that Google’s use of the books without compensation was “fair,” because the search engine’s “primary intended beneficiary is the public.”

“Blinded by the public benefit arguments, the Second Circuit’s ruling tells us that Google, not authors, deserves to profit from the digitization of their books,” said Mary Rasenberger, executive director of the Authors Guild. “The Second Circuit misunderstood the importance of emerging online markets for books and book excerpts. It failed to comprehend the very real potential harm to authors resulting from its decision.”

“The price of this short-term public benefit may well be the future vitality of American culture,” continued Rasenberger. “Authors are already among the most poorly paid workers in America; if tomorrow’s authors cannot make a living from their work, only the independently wealthy or the subsidized will be able to pursue a career in writing, and America’s intellectual and artistic soul will be impoverished.”

Robinson added, “The denial of review is further proof that we’re witnessing a vast redistribution of wealth from the creative sector to the tech sector, not only with books, but across the spectrum of the arts.”

The underlying issue—expansion of fair use in the digital age—remains in need of resolution, the Guild maintains. “We trust that the Supreme Court will soon hear a similar fair use case and support the principle that authors should be compensated for digital uses of their work,” said Robinson.

Fair use law has undergone an unprecedented expansion in recent years, tipping the scales in favor of technology owners over copyright holders. Rasenberger added, “Copyright law is intended to encourage and protect creative works of authorship, yet this new court-made doctrine favors new technologies over copyright’s incentives to create new works of authorship. The Supreme Court needs to step in and clarify that fair use is part of copyright law’s “engine of free expression”—that it is intended to promote new authorship, not new technologies for accessing existing content.”

Following the Supreme Court’s order, the Guild vowed to remain vigilant to ensure that the Second Circuit’s ruling is not taken as carte blanche for unfettered digitization of books. “The Second Circuit decision took pains to highlight that fair use was found based on the strict display restrictions and security measures currently employed by Google,” said Authors Guild general counsel Jan Constantine. “We’ll continue to monitor Google and its library partners to ensure these standards are met, as we will take appropriate action to ensure that fair use isn’t abused.”

The Guild announced that it is actively working with other organizations to create market-based solutions for collective licensing of books from authors. Collective licensing would eliminate unnecessary transaction costs for mass copying-and-display projects like Google Books, for example, and would also allow full e-books, not just excerpts, to be made available for reading.

“The Guild’s commitment to this case over these last ten years has ensured that creators’ rights have remained at the heart of the conversation about the role of content in the digital age,” added Constantine. “The fact that Congress held hearings on the issue of mass digitization, and that the Copyright Office is actively studying a potential solution, is a direct result of the Authors Guild’s persistence.”

Robinson expressed gratitude for the support the Guild has received. “The Authors Guild thanks all of its many, many supporters throughout this case, including those who made our Supreme Court petition possible by helping to fund it. We will continue to fight with you to make sure we protect copyright law and the creative arts in America and throughout the world.”