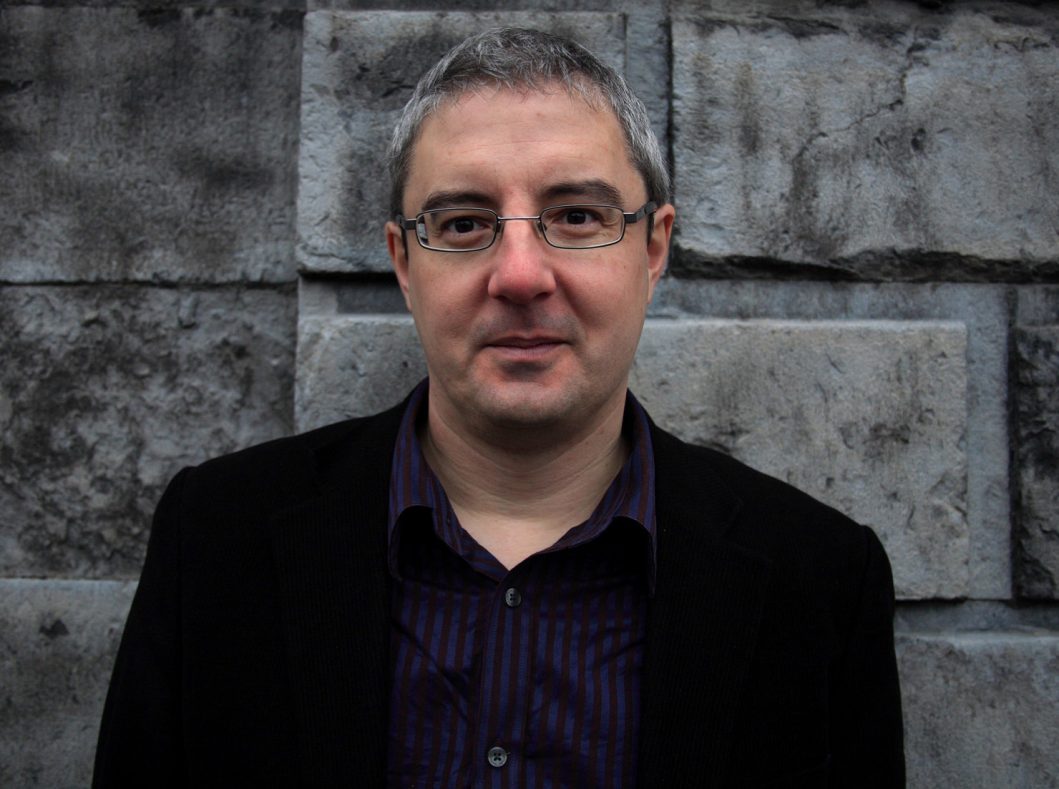 Writer, historian and Disputes Officer of the Irish Writers Union, Conor Kostick, tells us about the campaigning work that is underway to protect Irish writers in the wake of considerable copyright setbacks in Ireland, and why writers world-wide should take notice.

Conor Kostick has just completed a two-year term as Chairperson of the Irish Copyright Licensing Agency (ICLA) and is also the Disputes Officer of the Irish Writers Union (IWU), a role in which he advocates on behalf of writers on issues such as Public Lending Right (PLR). In the wake of copyright changes in Ireland, we asked him how it has affected the livelihoods of writers there.

Can you tell us something of your time as Chair of the ICLA and the work you did?

Well, I think the first point on this is to say I’m very grateful to have had the chance to play this role. It has been a really interesting two years, mainly because of the fast-changing international environment. The question of copyright is being fought over at a very fundamental level, and it’s not clear whether the ICLA, and other collecting societies like it will exist in ten years’ time.

Of course, I took up the fight – and still do – in favour of copyright as best as I can. But it’s disheartening when people who should know better align themselves with massive multinationals. They are taken in by the idea of a world of free content without any kind of limitation on what you can access and when. Wouldn’t that be wonderful, they say? Well, yes, if we lived in a utopia or even in a society that gave content creators a living wage. But if – for instance – writers and publishers are to make a living in this market-driven world, there should be mechanisms in place to stop companies taking their content and making money from it without remunerating the creators.

One of the issues you’ve campaigned on is Public Lending Right (PLR). How is that scheme working in Ireland?

Yes, on behalf of the IWU, I was involved in briefing politicians when Ireland finally introduced a PLR scheme. In preparing materials and arguments, I had great support from the ICLA of course, but also from Jim Parker, former Registrar of UK PLR. At the time we pressed for an advisory board, anxious that without transparency, the scheme could become derisory. The Irish Government tried to avoid its responsibilities and had to be taken to court, with the European Writers Council (EWC) playing a very valuable role in this.

Well, to some extent our fears have been realised. It has been quite a battle even to get clear information on the scheme, and a recent journalistic investigation shows that Irish PLR payments to authors (including UK authors) have declined from €350,000 in 2009 to €200,000 in 2016. Isn’t that shocking? The IWU believes the payments are now so low that the Irish PLR scheme is symbolic. Once again, with the help of the EWC, we will be exploring the possibility of legal action to address this.

The fact that Ireland’s new Prime Minister has announced the creation of a Department of Culture might be positive in this regard? And also supportive of those involved in publishing?

The worldwide struggle over copyright is at play in Ireland, a country where companies like Google enjoy a relatively low rate of tax on company profits and so locate their headquarters here. So the situation is quite precarious for content creators. On the one hand, the Irish Government really does seem to want to foster creativity. Not only do we have this new department, but there is a tangible push behind a Creative Ireland programme. On the other hand, the issue of creativity is framed in terms of profit. The Government is conservative and prioritises business interests over all others. Creativity is seen as a good thing, because it can give Ireland an advantage in certain important business areas such as games, music or animation.

A contradiction – or clash of interests – arises within this enthusiasm for creativity when multinationals want policies that help their business models but which undermine the incomes of those (such as authors and publishers) who produce new cultural works. Multinationals with the platforms to distribute content on a massive scale want to scoop it all up at minimum cost.
And there’s another consideration from the Government’s point of view. If content can be gathered on the cheap, then there are savings to be made in education budgets.

Our government is therefore vacillating. It is weighing up the value of protecting copyright – which they are more interested in doing when it is a matter of patents rather than books – against the benefits of supporting the agenda of the multinationals and at the same time making savings in the production of educational materials.

Ultimately, I think Irish policy on copyright will be guided more by developments in the EU (and the new directives) than by those in Canada, say. Which will be a positive result for content creators. But there are voices around who want a Canada-style scenario here (where new copyright exceptions for educational works were introduced in 2012), even though there is mounting evidence of a catastrophic decline in the quantity and quality of Canadian educational materials available to second and third level students. After gorging themselves for free on all the high quality publications, schools and universities have looked up from the trough to find there is only rubbish coming down the line.

Have you any advice for collecting agencies around the world?

Well, I think one of the aspects of the Canadian crisis we can learn from was that an unnecessary division arose between academics and the collecting society. Really, academics should be supporters of collecting societies and have representation on their boards.

The problem arises because of the issue of paywalls. If you are a researcher, it is frustrating not to be able to access articles because of paywalls. Often, the material behind the paywall was created by people whose salaries are paid through public taxes. You might even find access to your own work denied you. Nor, typically, do the authors of articles receive payments from the companies who control these paywalls.

It is this system that infuriates educators, researchers and the public and leads to a mistaken hostility to the whole notion of copyright.

Dr Conor Kostick is a writer and historian living in Dublin. As an historian, Conor Kostick holds a PhD and a gold medal from Trinity College Dublin. As a novelist he was awarded the Farmleigh writer’s residency for the summer of 2010 and a place on the nominees list for the Astrid Lindgren Memorial Award 2012 and 2013. At its 2009 awards, the Reading Association of Ireland gave him the Special Merit Award ‘in recognition of his significant contribution to writing for children in Ireland’.

Epic is Conor’s most successful book, having sold over 100,000 copies worldwide. It was awarded a place on the International Board on Books for Young People’s (IBBY) ‘White Ravens’ list for 2006 and on the Booklist Best Fantasy Books for Youth list for 2007.