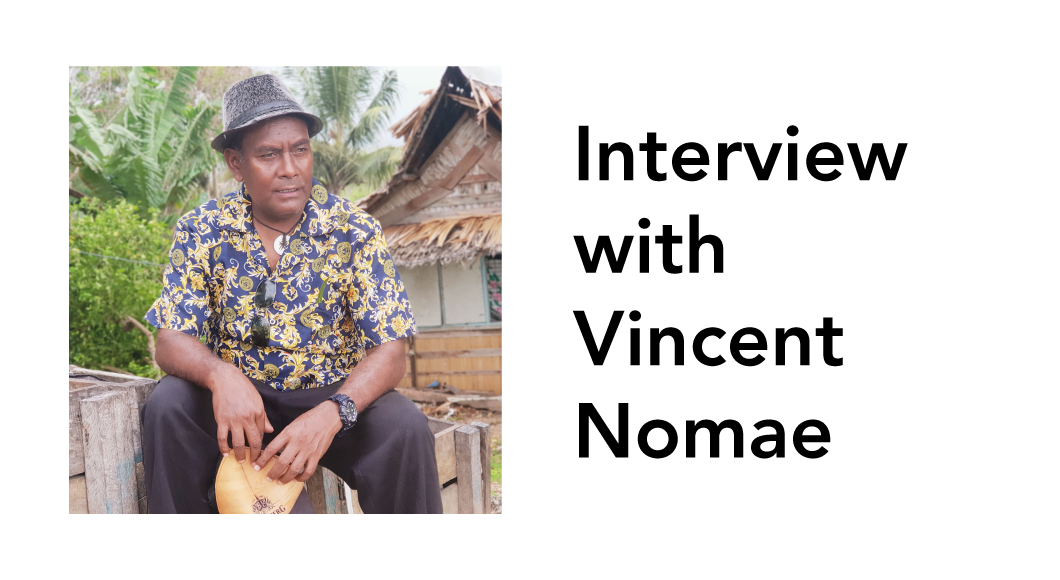 The International Authors Forum (IAF) has undertaken research into the situation of authors around the world, their work and whether they can make a living from their work. Earlier this year, the resulting report, Creating a Living: Challenges for authors’ incomes, was released. As part of this report, IAF Steering Committee member Katie Webb (FUISS, Italy) interviewed Vincent Nomae of the Solomon Islands Creative Writers Association (SICWA).

SICWA is the umbrella body for all writers in the Solomon Islands and occasionally publishes works of its members or other interested writers who submit works. SICWA started back in the 1980s and had the help of the former Institute of Pacific Studies at the University of the South Pacific (USP) based in Suva, Fiji, in publishing a number of books by Solomon Islands writers. With a decision by USP to do away with the Institute, SICWA, like its sister country bodies, is struggling to get works published through its own means, though it is determined to continue.

Katie: Could you introduce yourself and tell us a little bit about where you come from and what you do?

Vincent: My name is Vincent Nomae, I am from Solomon Islands. At the moment I am lecturing [in] economics at the University of the South Pacific, but in between I have a passion for writing and reading of course, so writing has become one of the things that I do in life whenever I have time. Usually I just pick up any current situation in the country, whether it’s politics or religion or family related – so long as it interests me, I start writing poems about it.

K: When did you start writing? What started you off?

V: I don’t think I am a creative writer but when you write anything, you become a creator yourself, you have created something yourself. I accept being called a creative writer. I started back in 1985. I was in probably about form five at the time, 13 or 14, I think. I had an English teacher from Australia and she began to see the talent in writing, the skills in writing, in me. So she started to encourage me to write more and more, and then it happened that in that year there was a Solomon Islands history essay competition and they were looking for competitors from high school, so this English teacher of mine asked me if I could pick up a topic and write on it and I did and I won the first prize. It was the biggest inspiration of life, that when I started to see that I could do something that would marvel people, I think that I should work to that and write more and more. Having won the prize at the time, I realised that I should just continue writing and I did and I have been and I am still and I shall be ever.

K: What was the topic you picked?

V: This topic that I picked was the first what we call District Commissioner of the Solomon Islands based in my province, and while he was travelling round the whole island – Malaita Island – collecting tax for the government, people began to realise at the time that they didn’t see the reason why government was collecting money, tax from them, what was the purpose, so they started to question the government and this commissioner failed to explain properly what was the purpose of the tax. They started to become infuriated about the government plus other things that this commissioner was trying to do, things that were against the tradition of the country, so they started to get angry and they planned to kill him, so they murdered him plus another guy, plus his thirty policemen. It is at the moment one of the historical events in this country, so I picked it up, wrote a story about it and won the prize.

K: What does culture in this country mean to you?

V: Culture is part of human life. [In] every human society, culture is the backbone. Culture is an important thing in every society, so think about this event that happened, someone from another culture coming and starting to disrespect the local culture. You just expect that it would cause this sort of thing to happen. So culture is an important thing. I think it’s the basis, the foundation for human life in every part of the world.

K: And what do you think are the current challenges facing the Solomon Islands and its culture?

V: Globalisation, I would start with. A lot of things are coming into the country. What the trend is now is that local people tend to see and believe that better things are coming from abroad, so they start to advance things and use them and forget about the traditional ways of doing things, the traditional ways of believing in things, so these are the kinds of things, the influences, that start to kill the local culture.

K: And what do you think you can do to meet those challenges?

V: I guess you’re asking what I should do as a writer. If that’s your question, then of course it has been my great interest to write a lot of things about our culture – even including making films, producing short films about some of the practices we have, about some of the traditional medicines that we have, about the ceremonies we have, all of these things that are dying out now. That’s mine. I want to write about things, I want to produce things – that will help to keep and maintain these things for future generations.

K: What do you think about copyright?

V: Copyright is an important thing as well which this country is lacking at the moment. We are too far away from it but I think accessing the systems and support from others could help us to have a strong system of copyright that would be very significant in terms of producing your own product, particularly writing.